As has been widely publicised (see here, here and here), the UK Government said yesterday that it would not agree to a formal currency union between an independent Scotland and the rest of the UK.

The media reports also confirmed that Labour apparently agrees with the Conservatives and Liberal Democrats that, regardless of which party wins the 2015 General Election, the UK Government would and should not enter a formal currency union with an independent Scotland.

We have posted previously on the currency question– see here, here and here (and here on a potentially connected issue).

Leaving aside the political furore this announcement may cause, we have been particularly interested in the potential for redenomination of pre-independence contracts in the event of a change in currency (we are lawyers after all!). As Gemma set out in an earlier post, and Charles explained in an article in the Scotsman, that could be one of the biggest impacts of any currency change.

If this recent development means that the UK Government would definitely refuse to enter a formal currency union with an independent Scotland, regardless of which party wins the 2015 General Election (and the First Minister says the tune would change following a ‘yes’ vote), the possibility of a currency change following independence has to be treated seriously.

Do click through to our earlier posts, which set out the options for addressing that issue. Yesterday’s announcement makes those options even more relevant.

UPDATE: the Treasury’s ‘Scotland Analysis’ paper on the issue can be found here, alongside the letter to the Chancellor from the Permanent Secretary to the Treasury. 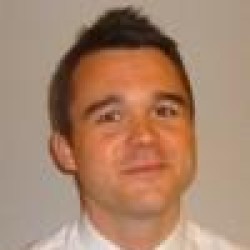 There has been much debate in the media about #COVID19 rules and guidance and in some situations, whether any laws have been broken. Laura McMillan looks at how the #courts approach these situations: brodi.es/3gNFVtv #advocacy #AdvocacybyBrodies pic.twitter.com/BbSt7tXhfb

Sign up to Wednesday's #webinar for an overview of the rules on #localgovernment trading and relevant powers for commercial activities: brodi.es/36Z6iYJ #trading pic.twitter.com/e225ypmU8q

Manufacturers and distributors that try to keep prices high by dictating what retailers can charge for their products are most likely breaching #competitionlaw - we explain what resale price maintenance is, and the risk it carries. brodi.es/3dyTT0h #retail pic.twitter.com/cbjU1snjwN

Everyone has the right to refuse life-sustaining treatment. Here's how to make your choices heard later down the line, should your health decline: brodi.es/2Mq26YK #DementiaAwarenessWeek #personallaw pic.twitter.com/DGcows6dz3